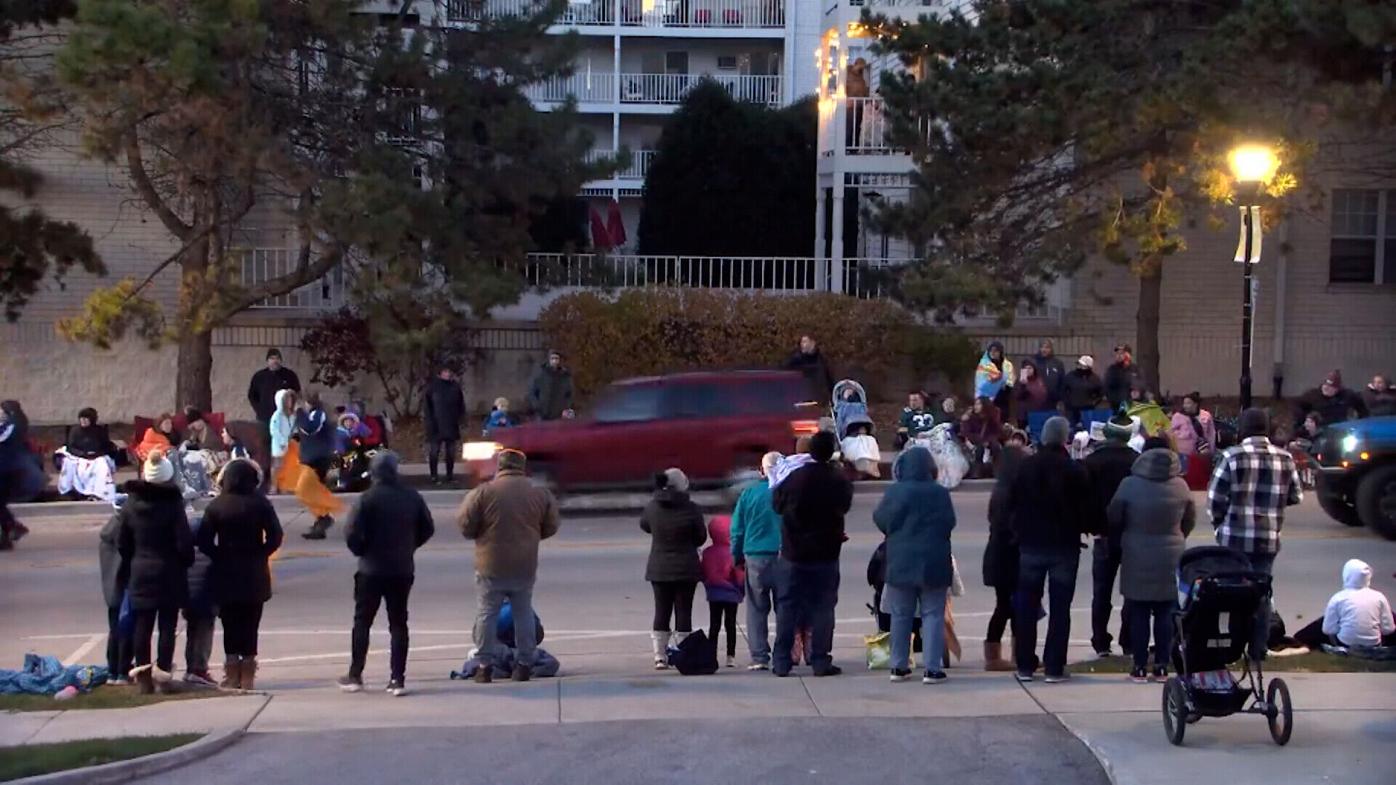 Video of the parade published on the city's Facebook page shows a red SUV driving quickly through the parade, followed by a police officer running through the scene. 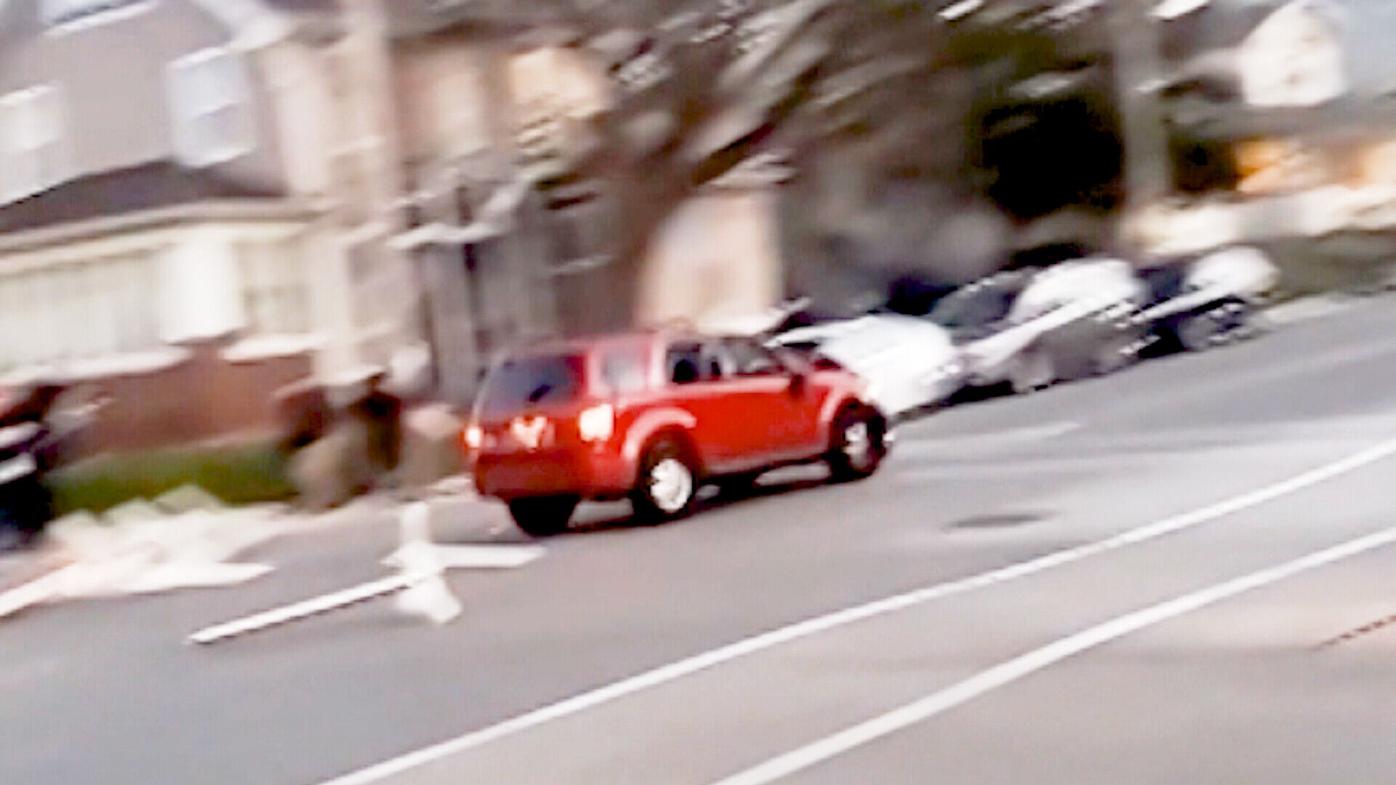 At least five people were killed and more than 40 were injured when a vehicle drove into a Christmas parade Sunday afternoon in Waukesha, Wisconsin, city officials said.

Video of the parade published on the city's Facebook page shows a red SUV driving quickly through the parade, followed by a police officer running through the scene.

At least five people were killed and more than 40 were injured when a vehicle drove into a Christmas parade Sunday afternoon in Waukesha, Wisconsin, city officials said.

The police chief acknowledged the heroism of onlookers at the scene, saying first responders and residents worked together to triage the victims and get them as stable as possible.

He said officers and citizens took victims to the hospital in their personal vehicles.

Authorities in Wisconsin have identified the driver of a red SUV they say drove into the Waukesha Christmas parade, as Darrell E. Brooks Jr., 39.

Waukesha Police Chief Dan Thompson said it is believed that Brooks, 39, acted alone and is the "lone suspect" in the incident.

He said that Brooks was involved in a domestic disturbance just prior to driving his SUV through the parade Sunday afternoon.

Police also stressed there was no police pursuit leading up to the incident.

It took just seconds for a family-friendly event to devolve into a scene of confusion and carnage.

An SUV plowed into a Christmas parade in Wisconsin on Sunday, killing at least five people and injuring more than 40 others, officials said.

At least 18 children were hospitalized after the Waukesha Christmas parade, said Children's Wisconsin, a pediatric hospital in nearby Milwaukee.

The numbers of people killed and injured "may change as we collect additional information. Many people have self-transported to area hospitals," the city of Waukesha tweeted Monday morning.

There are indications the driver was fleeing another incident when he drove into the parade route, according to multiple law enforcement sources familiar with preliminary investigation findings.

So far, there is no known connection to international or domestic terrorism, and it does not appear to be connected to the recent verdict in the Kyle Rittenhouse trial in Kenosha, Wisconsin, the sources said.

How the disaster unfolded

Families, including children in strollers, bundled up in the chilly wind and lined the parade route on Main Street.

The city's live stream of the parade showed a marching band had just started playing "Jingle Bells" when a red SUV barreled into the parade from behind. Onlookers shrieked in horror.

Another video captured by a paradegoer showed a young girl in a pink coat and hat dancing in the street as the SUV sped by, missing her by just a few feet.

Another witness, Nathan Bryce, captured video of the SUV plowing through barricades.

On Monday morning, the belongings of paradegoers were still strewn across the scene as authorities try to confirm what led up to the calamity.

Thompson said there is "a person of interest in custody," but would not say whether it was the driver of the SUV nor if any arrests have been made.

"This is still a very fluid investigation," the chief told reporters Sunday night. He said children are among the injured.

A Waukesha police officer opened fire to try to stop the driver, and no bystanders were struck by the officer's gunfire, the chief said. Thompson added he doesn't believe any shots were fired from the vehicle.

"The scene is now safe and secure," Thompson said.

Authorities have not released any details of the five people killed, but the Milwaukee Dancing Grannies said some members of the group were among the victims.

"Our group was doing what they loved, performing in front of crowds in a parade putting smiles on faces of all ages, filling them with joy and happiness," the dance troupe posted on Facebook.

"Those who died were extremely passionate Grannies," the group said.

"Our hearts are heavy at this most difficult time, as more information and updates become available it will be posted. Please keep them their families, friends, the Milwaukee Dancing Grannies and everyone who lives have forever changed in your thoughts and prayer."

At least several of the injured were in critical condition

Aurora Medical Center-Summit, a hospital in Waukesha County, said it was treating 13 patients as of Sunday night: three listed in critical condition, four in serious condition and six in fair condition.

Froedtert Hospital in Milwaukee -- the only Level I trauma center in southeast Wisconsin -- said it was also treating patients from the parade incident but is not providing a specific number nor conditions. Level I trauma centers typically care for the most critically ill patients.

The children's ages range from 3 to 16, and those hospitalized include three sets of siblings, Drendel said.

A video obtained by CNN shows the moment the vehicle struck pedestrians. A red SUV is seen hitting a person in a marching band. Then the vehicle continues forward, hitting and running over others in the band and crowd before driving away.

Angela O'Boyle, who lives in an apartment on the fifth floor which overlooks the parade route, told CNN she was on the balcony watching the festivities.

"The next thing I heard were screams, and turned my head and saw the car come and plow into the band that was just past my balcony at that point," she said.

"It hit at least two people right away and rolled over them. And then continued down the road to People's Park which is at the end of the block -- and then kept going, it didn't stop."

Boyle said she heard screaming and people yelling out their children's names, adding "it was not something that I wanted to see ... a little freaked out."

Kaylee Staral, a Milwaukee Journal Sentinel intern who witnessed the incident, said "probably around 20 to 30 minutes into the parade, a red SUV came running down the middle of the street -- there were a lot of screams -- and we almost thought maybe it was Santa, but it was a red SUV and it hit a lot of people."

Staral went on to say "there were multiple people on the ground."

Schools closed as a community mourns

Flags are to be flown at half-staff at "all buildings, grounds and military installations" statewide, Wisconsin Gov. Tony Evers said Monday.

"Today, I've ordered the U.S. and Wisconsin flags to be flown at half-staff as we continue to pray for the Waukesha community and the kids, loved ones, and neighbors whose lives were forever changed by an unthinkable tragedy last night," the governor tweeted.

Roads in the area will remain closed for at least 24 hours, Thompson said. Businesses along the road where the calamity took place should remain closed Monday, city officials said.

The School District of Waukesha said it canceled classes on Monday and will determine if classes will resume Tuesday.

"The District will have additional counselors available during the school day at all buildings for all students that may be in need of support services," school officials said in a statement.

The White House is in touch with state and local officials, according to a White House official, and President Joe Biden has been briefed.

"The White House is closely monitoring the situation in Waukesha and our hearts go out to everyone who has been impacted by this terrible incident," a White House official said. "We have reached out to state and local officials to offer any support and assistance as needed."