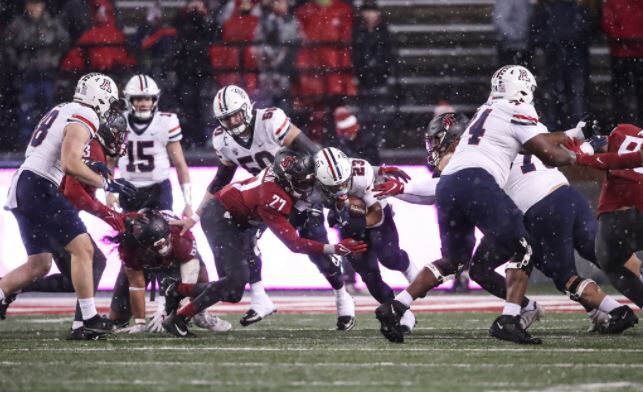 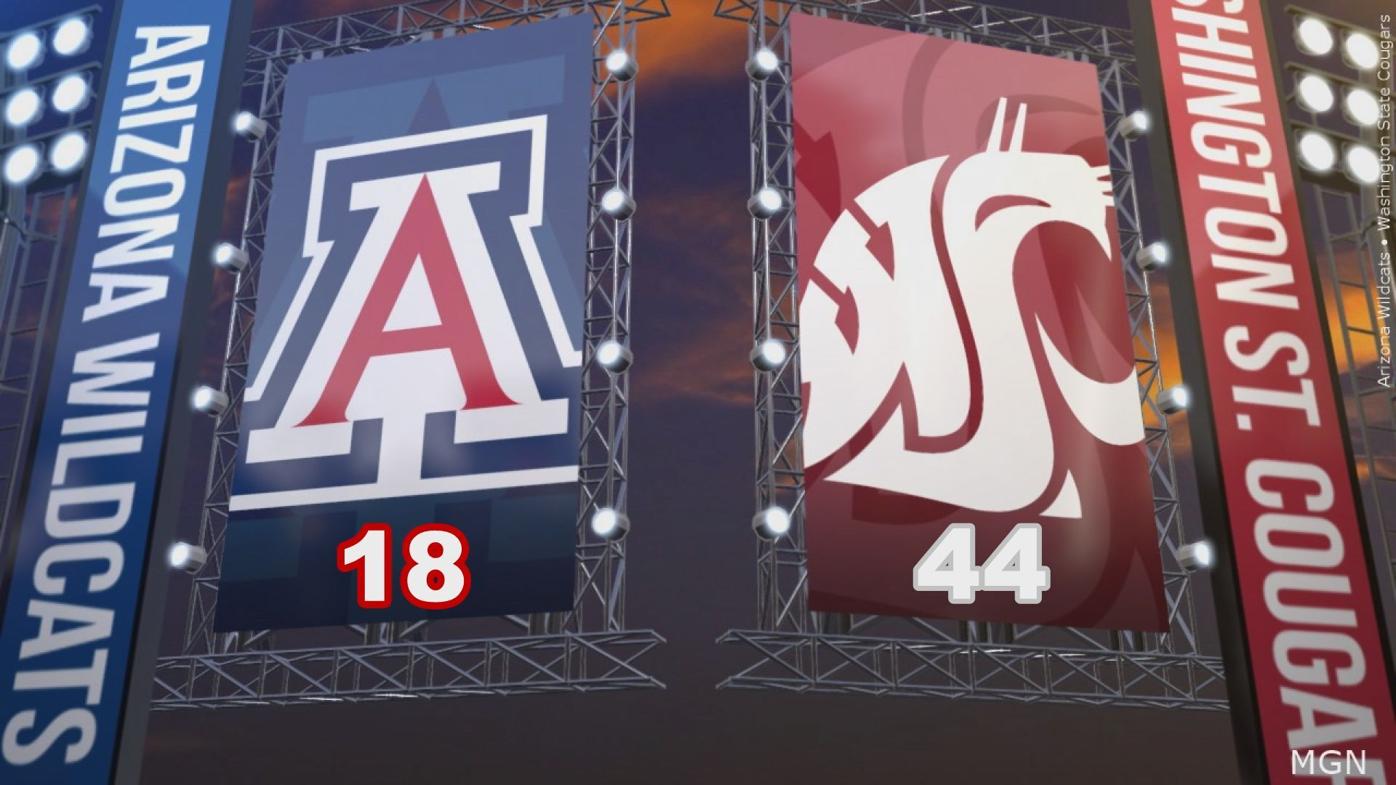 PULLMAN, Wash. (AP) - Max Borghi rushed for a career-high 139 yards and two touchdowns in the last home game of his career, Travell Harris and Calvin Jackson Jr. each had two touchdown receptions, and Washington State became bowl eligible with a 44-18 win over Arizona on Friday night.

A season filled with drama at Washington State (6-5, 5-3 Pac-12) surrounding former head coach Nick Rolovich - fired last month for refusing to receive a COVID-19 vaccine - will likely end with a bowl trip for the Cougars.

Borghi ran for touchdowns of 26 and 2 yards on a foggy night on the Palouse where the field at times was obscured and snow flurries fell through the air. His previous career-high of 128 yards came in the 2019 season opener against New Mexico State.

“That was classic Max Borghi,” Washington State interim coach Jake Dickert said. “Our fans will remember Max and obviously he’s gonna be a hall of famer here one day, so it was exciting to put a stamp on his career like that.”

Arizona has allowed 173 yards per game on the ground this season, but the Cougars surpassed that total with ease.

“They ran the ball extremely well on us tonight which I don’t think we expected,” Arizona coach Jedd Fisch said.

Washington State quarterback Jayden de Laura was 13 of 22 for 259 yards passing. De Laura hit Harris for an 8-yard touchdown in the second quarter and a 30-yarder in the third quarter that gave Washington State a 37-7 lead. De Laura also hit Jackson on a 43-yard TD late in the first half less than a minute after Arizona had scored to pull within 14-7. Jackson added the capper with a 78-yard TD reception from de Laura in the fourth quarter.

Harris now has nine touchdown catches on the season and has five career game with multiple receiving touchdowns.

Joey Hobert also blocked two Arizona punts, one that went out of the end zone for a safety.

“The guys took the field tonight with a passion and an energy and a focus that wasn’t going to be matched,” Dickert said.

Will Plummer threw for 222 yards and two touchdowns in a losing effort for the Wildcats (1-10, 1-7). Plummer hit Boobie Curry on an 11-yard TD in the second quarter that was set up by Drake Anderson’s 71-yard run. Plummer threw a 27-yard TD to Michael Wiley in the fourth quarter.

“It started at the very beginning. I don’t think we played or coached as well as we would have liked,” Fisch said.

Washington State was explosive on offense all night long, with eight plays of more than 25 yards. Despite poor conditions, the Cougars maintained balance with 259 yards passing and 223 yards on the ground.

Arizona: The Wildcats had been competitive in recent weeks, with close losses to Washington, USC, Utah and its lone victory over California. The Wildcats never got going offensively and seemed to lose any momentum they had giving up a long touchdown to Washington State late in the first half. ... Arizona lost middle linebacker Jerry Roberts to a left leg injury on the first play of the game. Roberts was taken off the field on a cart.

Washington State: The Cougars are bowl eligible for the seventh time in the past nine seasons. WSU went to five straight bowl games prior to the pandemic-shortened 2020 season and its last bowl game was the 2019 Cheez-It Bowl where the Cougars lost to Air Force 31-21.

Arizona: The Wildcats close the season with rival Arizona State next Saturday.