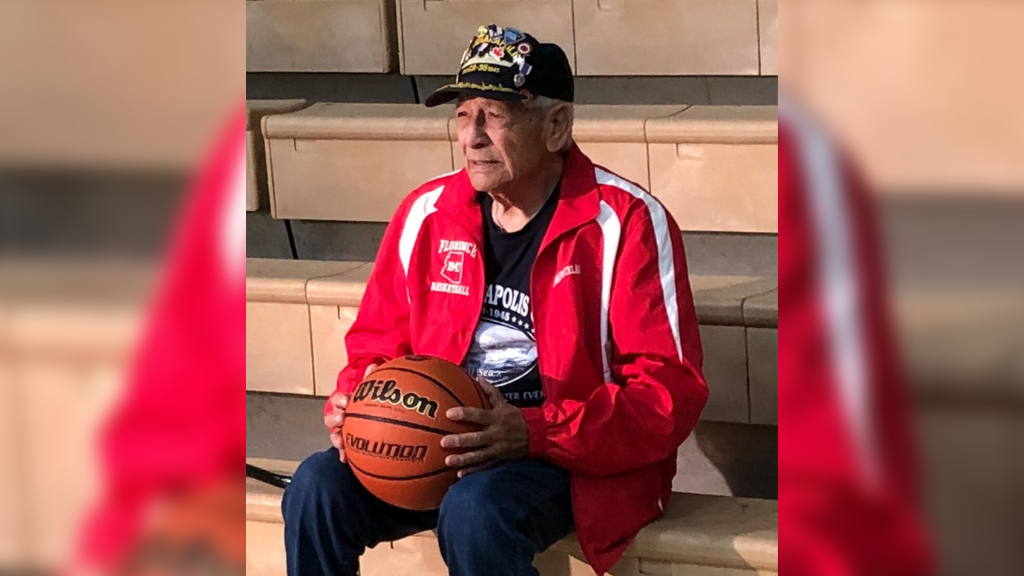 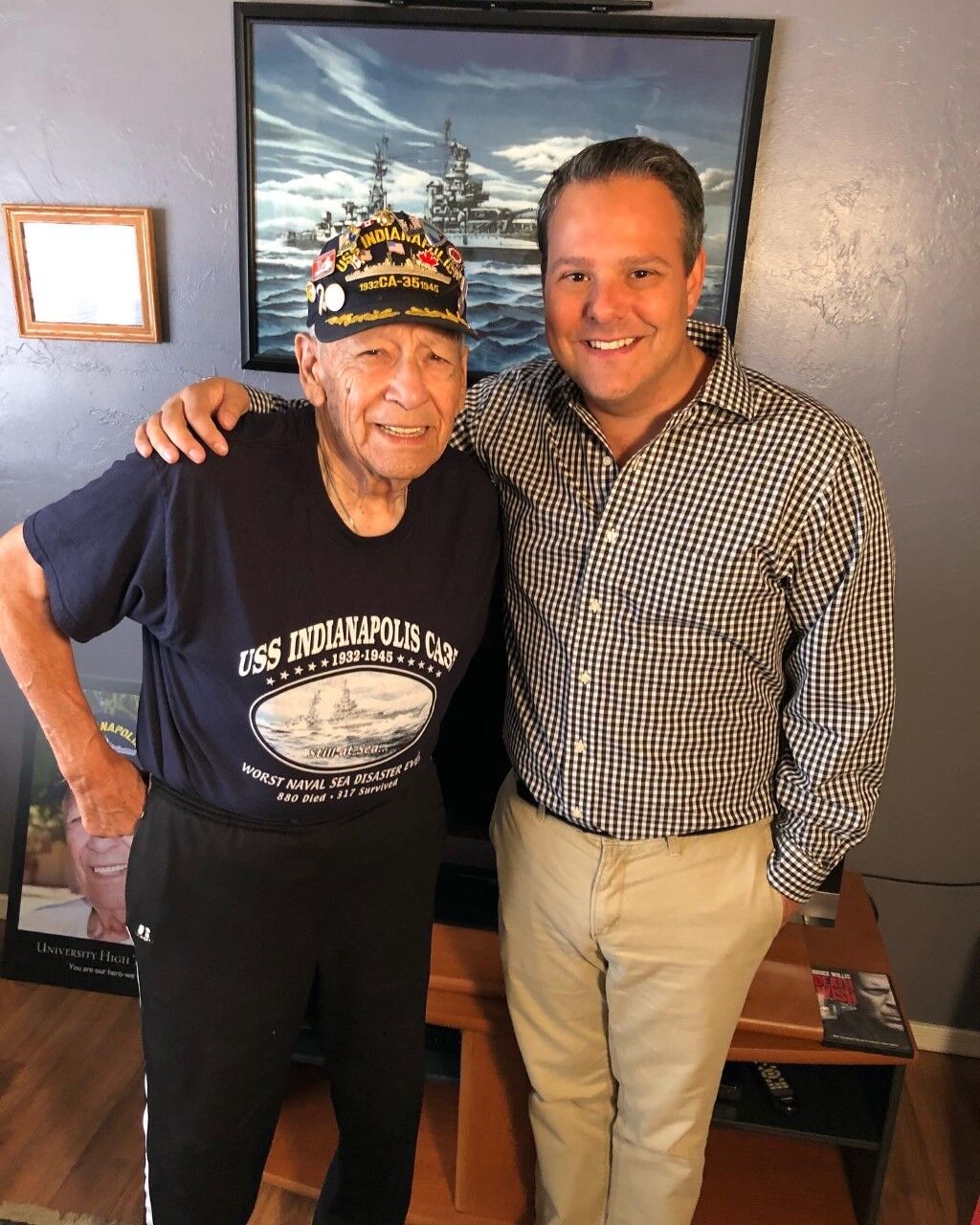 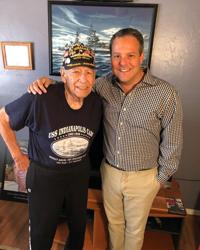 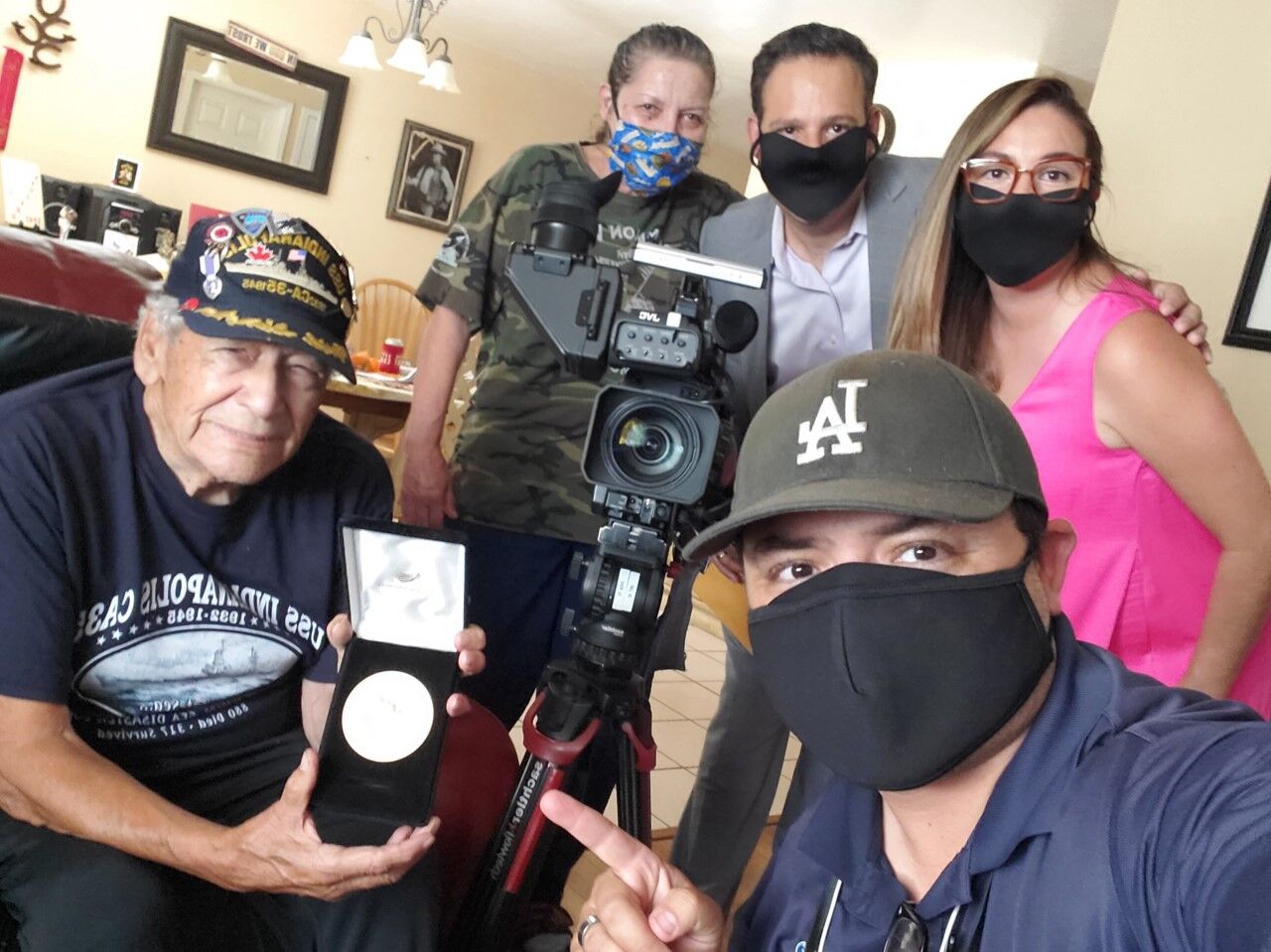 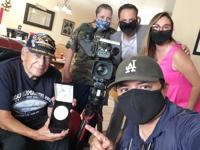 Harpo survived the worst naval disaster at sea aboard the USS Indianapolis, which was torpedoed and sank in the Philippine Sea during the final days of World War II.

The "Indy" broke speed records across the Pacific Ocean as it carried the parts to the atomic bomb leading to the unconditional surrender of the Japanese Emperor ending the bloody war.

Harpo was one of the nearly 900 men to jump into the sea while the other 300 died.

Surviving hunger, shark attacks, delirium from saltwater and no life vest to stay afloat, Celaya was eventually rescued after nearly four days and nights. Only 316 men came out of the sea to tell their stories.

The handsome young man got his nickname "Harpo" due to his thick black hair reminiscent of the great comic Harpo Marx.

Celaya grew up as a restless and energetic boy in Florence during the depression. He was only 17 when he convinced his dad to sign for him to enlist in the Navy. Harpo saw the signs in Tucson, "see the world, meet the girls" and was immediately sold.

Harpo shared his experience with News 4 Tucson back in 2018.

He said on his way back to the mainland, the officers punished and mistreated him due to his Mexican background.

Celaya said he was served only bread and water. Harpo said the racism was psychologically more damaging than the disaster at sea.

After the war, he returned to Florence High School and against all odds led his basketball team to a state championship.

Later in life he was a basketball coach, professional cowboy and educator.

The affable, charismatic Celaya always had a joke to tell and a smile on his face. News 4 Tucson Chief Meteorologist Matt Brode presented the Congressional Gold Medal to Celaya in the summer of 2020.

Celaya, always a jokester said "they must not have liked dark meat" when asked why the sharks left him alone.

While aboard the Indy, Harpo witnessed the iconic moment when the marines planted the U.S. flag into the ground claiming Iwo Jima after a long bloody and crucial battle. While everyone eyed this turning point in awe, Harpo's response was "big deal." "Big Deal Celaya" would become another lifelong nickname for the Florence native.

After Celaya's passing, there are only three remaining survivors of the Indy living today.

Award winning Chief meteorologist Matt Brode has been affiliated with News 4 Tucson since 2006. He holds his AMS seal of approval and is a proud graduate of The University of Arizona.

Two people arrested in connection to south side homicide