News 4 Tucson obtained a letter from the association that was sent earlier this month to Senator Kirsten Sinema.

It stated they do not support the nomination and asked her to vote against it.

The letter, which was dated Oct. 12, stated:

"We cannot support the nomination of Chief Christopher Magnus to lead U.S. Customs and Border Protection."

"...While he formally opposed efforts to make Tucson a "Sanctuary City", at the same time he often bypassed working with federal immigration authorities. This caused a rift with border patrol union-many of the same men and women who will potentially be under his command should he be confirmed." 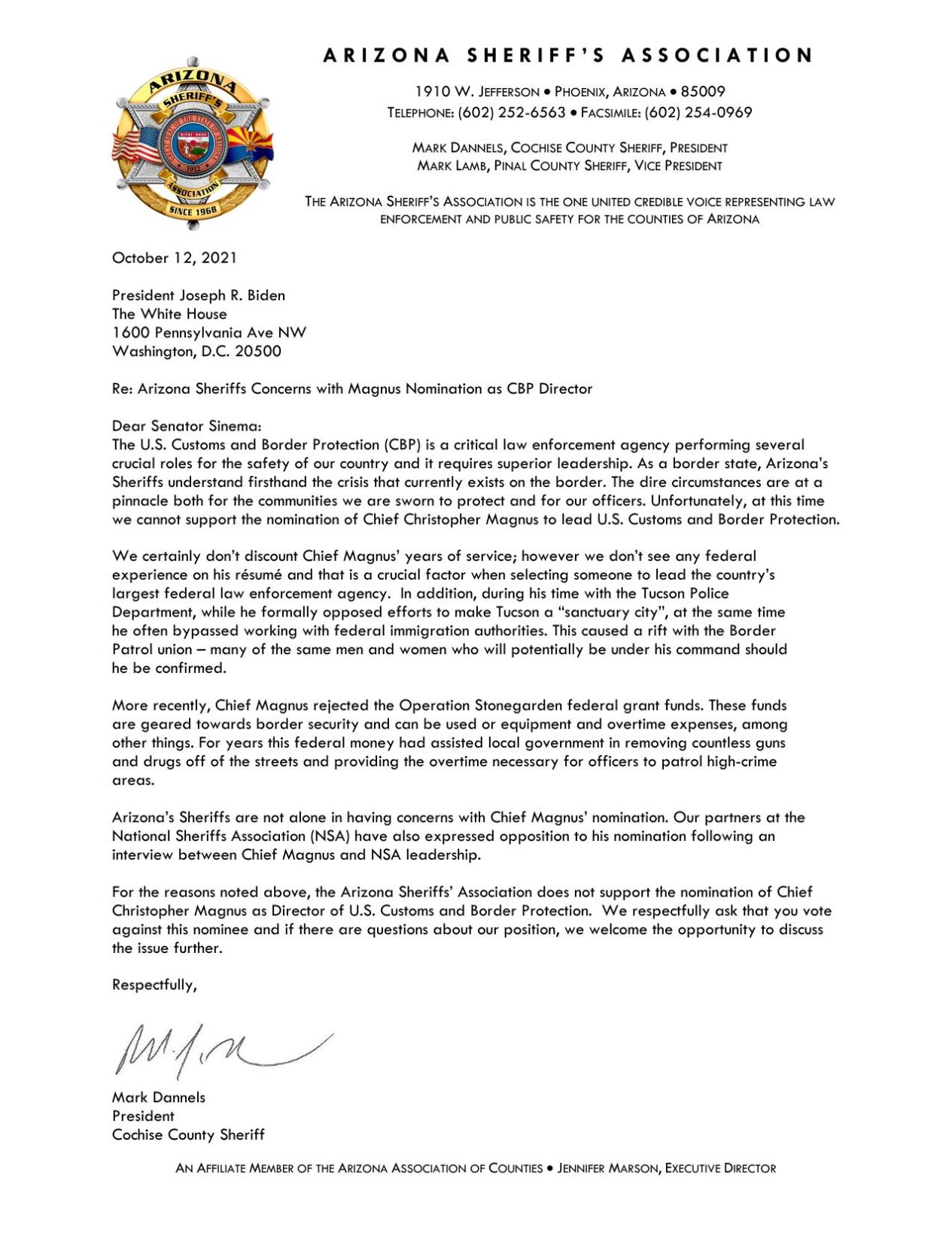 Cochise County Sheriff Mark Dannels is the president of the Arizona Sheriff's Association. He signed the letter and he told News 4 Tucson, the majority of the sheriffs in Arizona agreed with its contents.

It came on the heels of the National Sheriffs' Association letter to President Joseph Biden also opposing Magnus nomination.

News 4 Tucson also obtained a copy of that letter. It read in part:

"NSA leadership had the opportunity to meet with Mr. Magnus and, while we appreciate his years of service as a law enforcement officer, he is lacks the experience to be equipped to lead nation's largest Federal law enforcement agency, which is charged with securing the nation's borders.

The situation at the nation's southern border is more dire than ever and our communities there are in a crisis.

Despite Mr. Magnus's time as the chief of police in Tucson, Arizona, he has shown inadequate interest and concern about the flood of crime surging into that state. He has declined numerous invitations by sheriffs to visit the border." 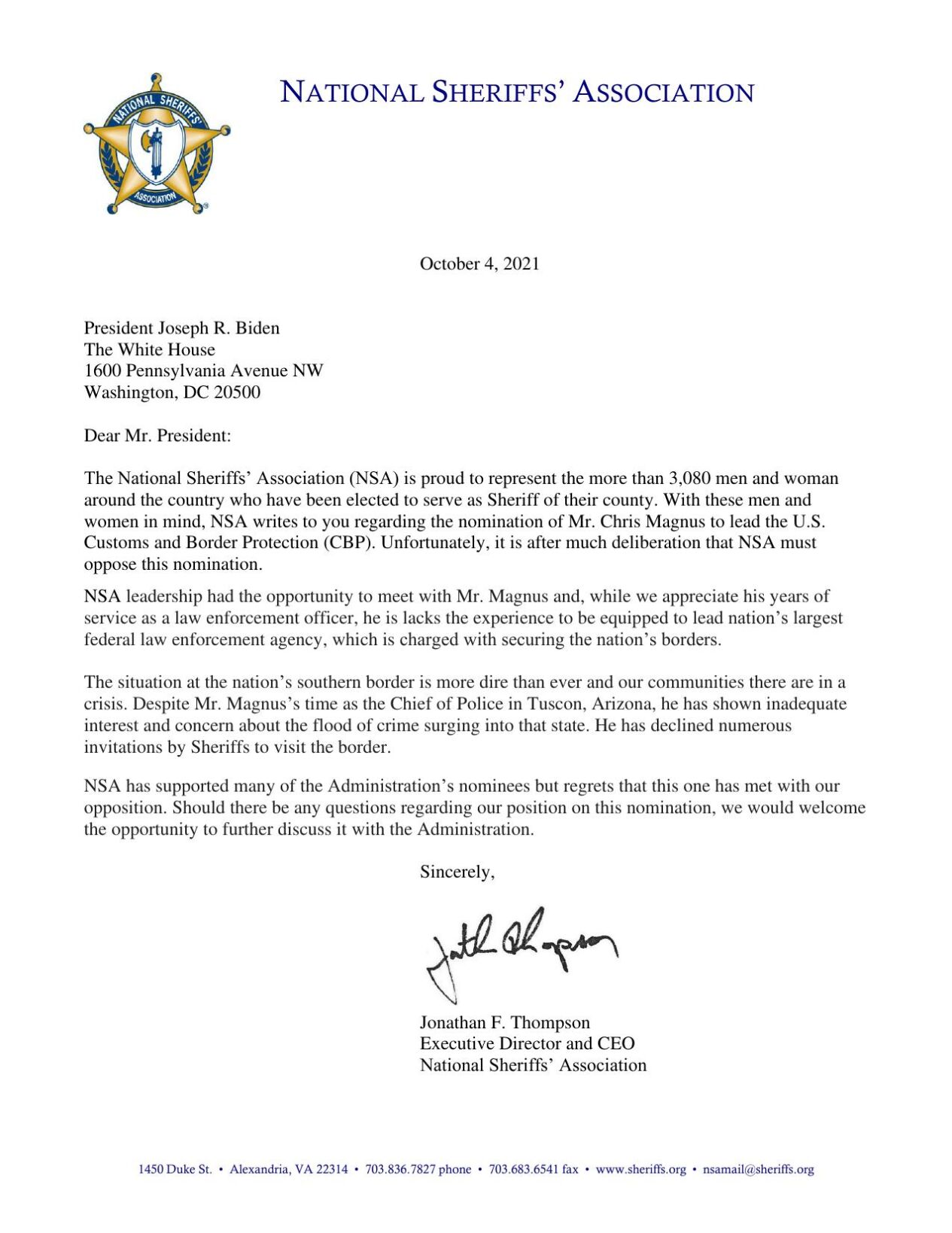 "I can tell that was untrue because I know he came down. We're the closest border port of entry the biggest border patrol that are near Tucson," Hathaway said.

He added, he personally gave Chief Magnus a tour.

"He had a lot of questions, he took pictures, he was very observant on the issues, I talked to him about staffing issues, problems with commercial inspections, the tourist issues, work visas, tourist visa, the naturalization process. The asylum processes," he said.

According to an email News 4 Tucson obtained, Chief Magnus did see the Arizona Sheriffs' Association letter.

"Disappointing they just flatly lie by saying I've never toured the border and by claiming I know nothing about border issues," Magnus wrote.

On Wednesday, News 4 Tucson obtained the following letter: "Support for the nomination of Chief Magnus as Commissioner of the U.S. Customs and Border Protection": 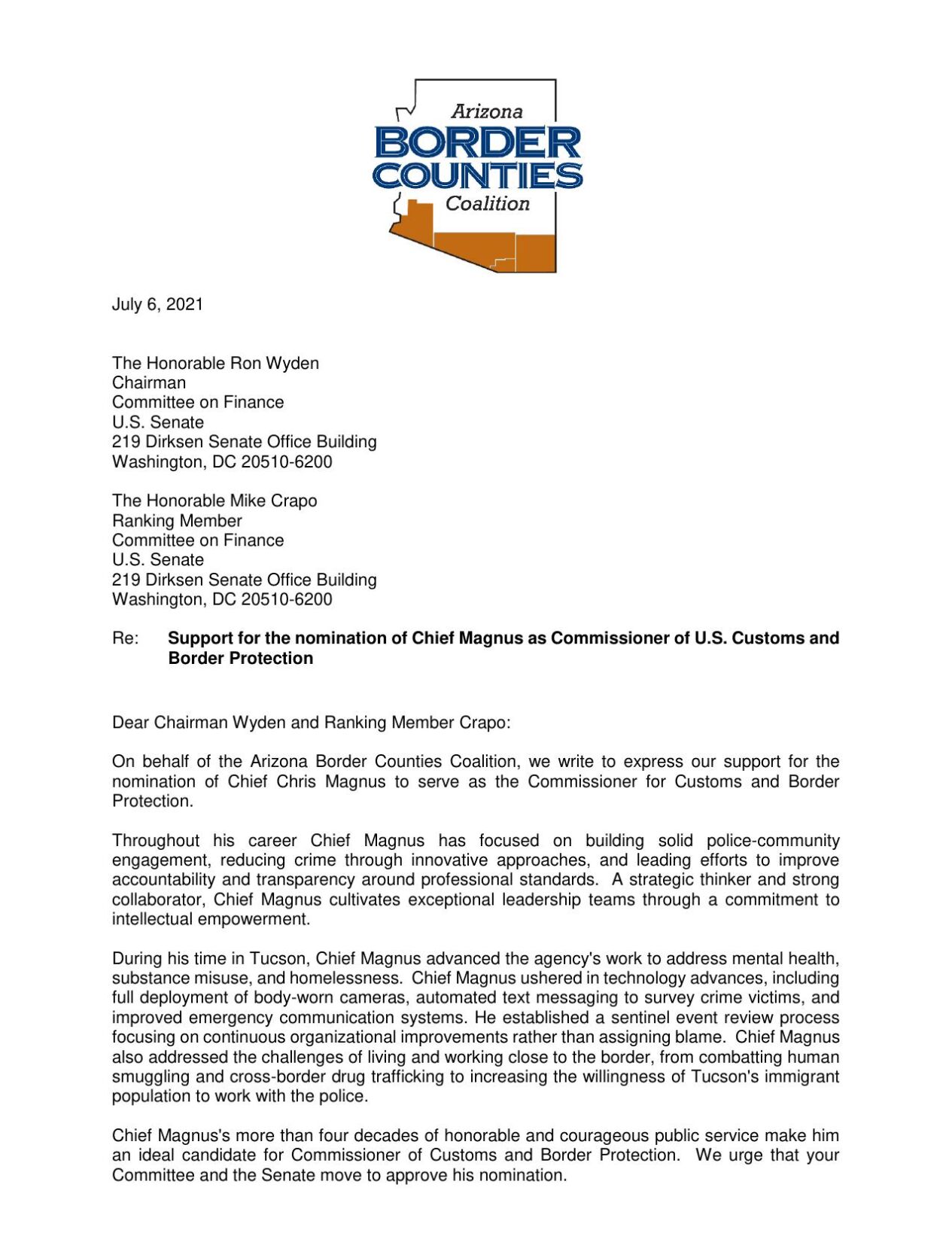 Lupita Murillo is an investigative reporter. She is part of the Digging Deeper team that uncovers important issues focusing on crime that affects the community.

One injured after shooting in central Tucson