TUCSON (KVOA) - The U.S. Senate Committee on Rules and Administration is holding a hearing on the emerging threats to election administration.

Arizona Secretary of State Katie Hobbs is on the list of witnesses to testify before the senate.

She joins four other witnesses from across the country to talk on the integrity of the 2020 election.

In Hobb's testimony, she said she was threatened multiple times because of the 2020 election results. 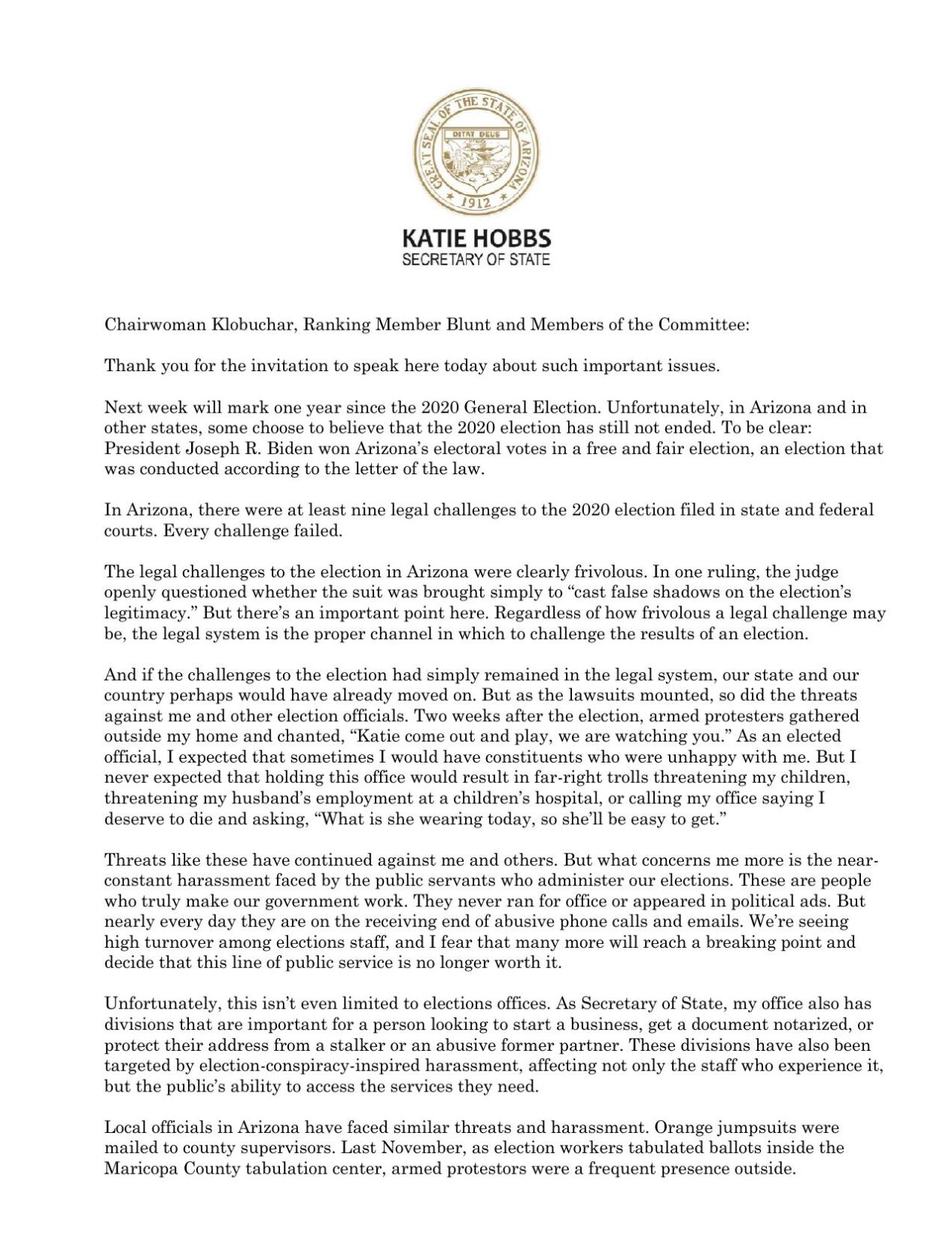 News 4 Tucson reached out to Pima County Republican Party Chairwoman Shelley Kais to get her take on Tuesday's hearing.

"I'm disappointed when I hear threats made against anyone," Kais said.

Hobbs says she's concerned it will be hard to fill election jobs going forward because of the threats.

Also adding the audit was plagued with errors.

"The ballot review in Arizona did none of those things, and should not be replicated elsewhere," Hobbs said.

The results of the Maricopa County audit confirmed President Biden won the election.

Hais says even so, the audit was necessary.

Denelle Confair is the Evening Weekend Anchor at News 4 Tucson and reports during the week.